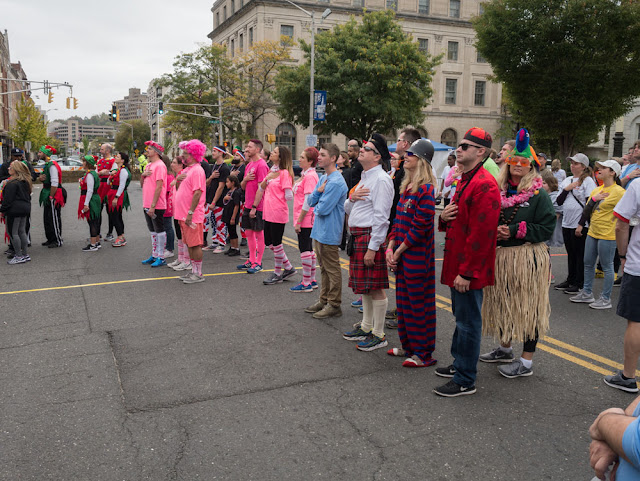 Contestants and spectators gathered in front of City Hall for opening ceremonies and a rendition of the National Anthem. The United Way of Greater Waterbury acknowledged individuals who had worked hard to put on the charity event.

Then the racing began. 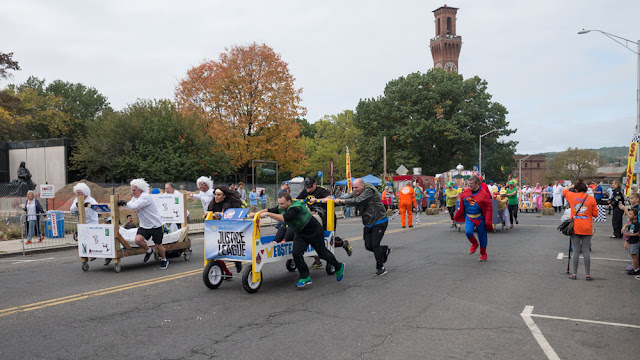 For all the funny signs and wacky costumes, the carnival atmosphere vanished and everything got serious at race time—serious and fast! These guys had been training for this. 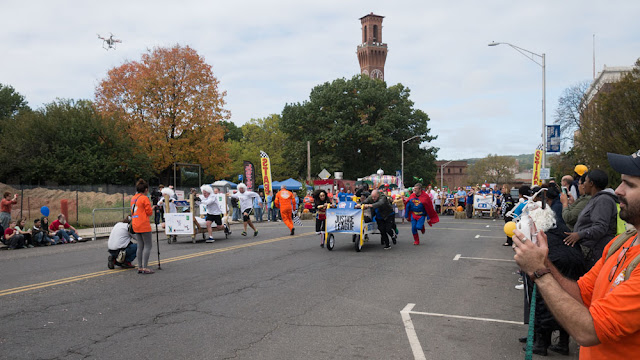 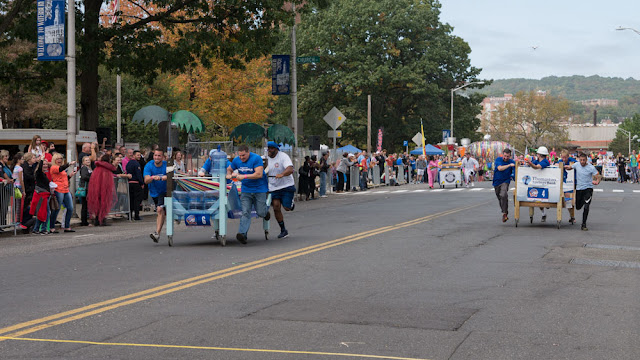 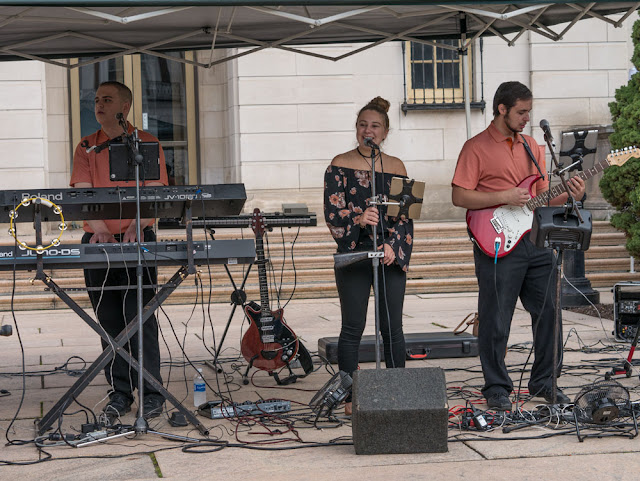 The Mobile Pub was open and doing brisk business. 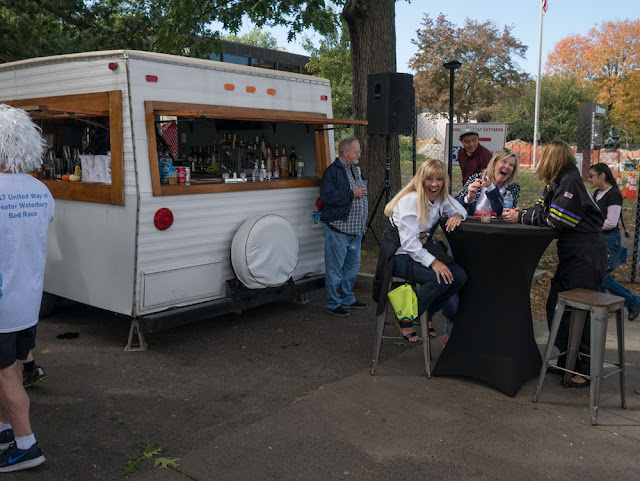 More music, watched by the drone. 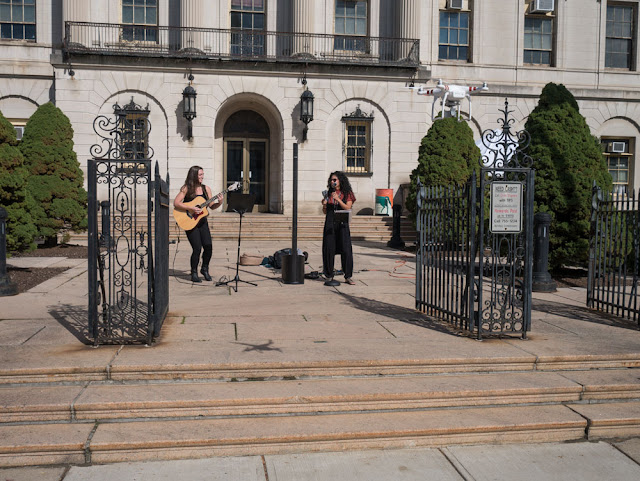 There were two semi-final heats. 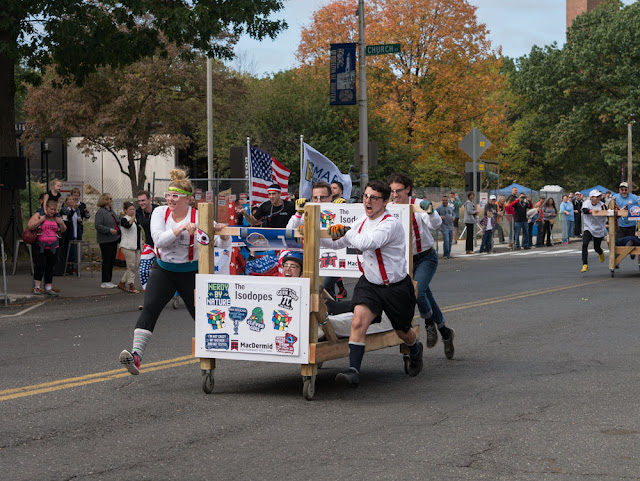 The final was won by the dominant Waterbury YMCA team. 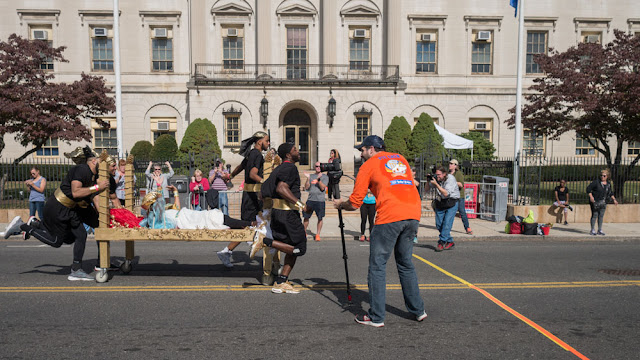