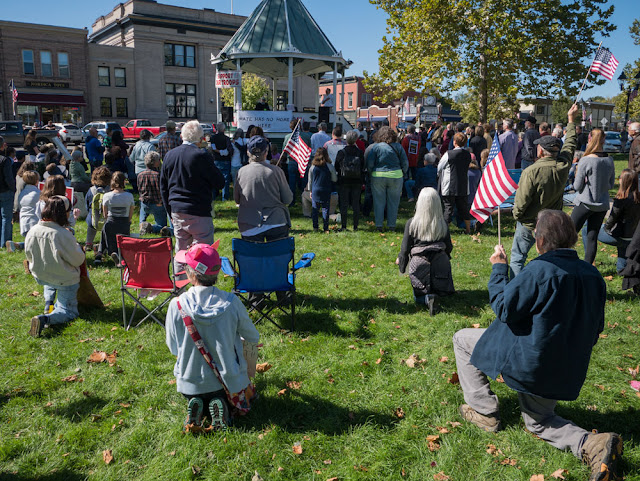 
The group Western CT Civic Action held a rally on the New Milford Town Green Sunday, Oct. 1. There were speakers and musicians and a large crowd with lots of signs. The group was formed in early 2017 and is primarily concerned with social justice issues. While it is avowedly non-partisan the issue positions expressed all followed a liberal/progressive direction. While the crowd tended toward the senior age group there was also a busload of students from nearby Kent School to liven things up a bit. 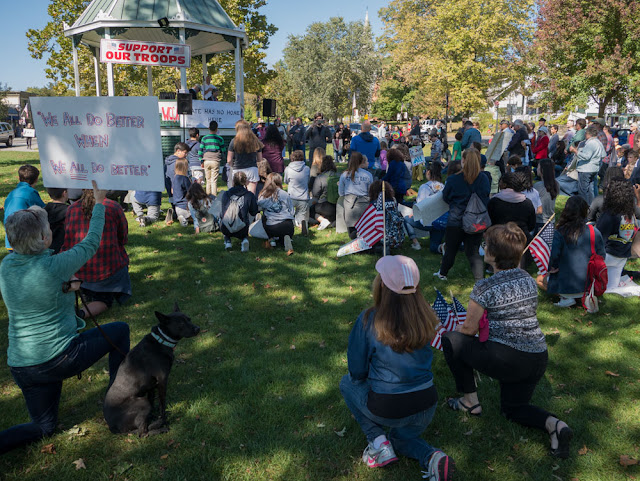 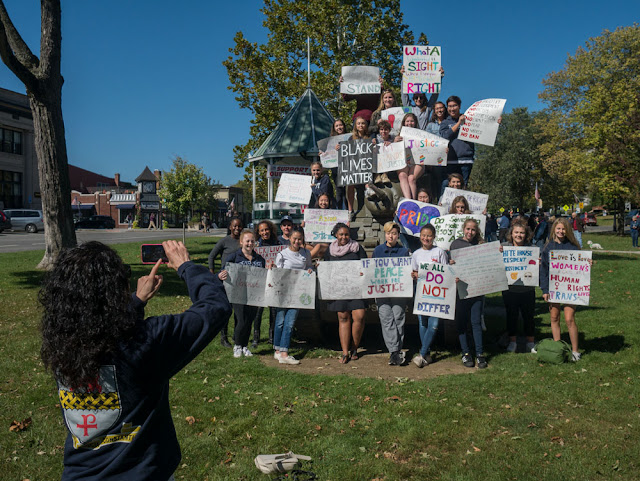 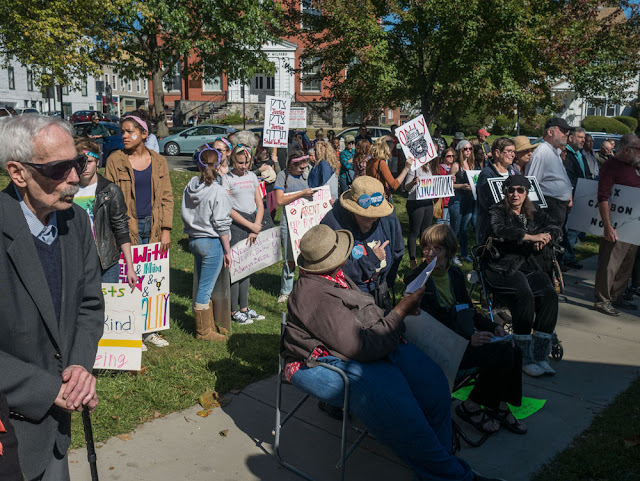 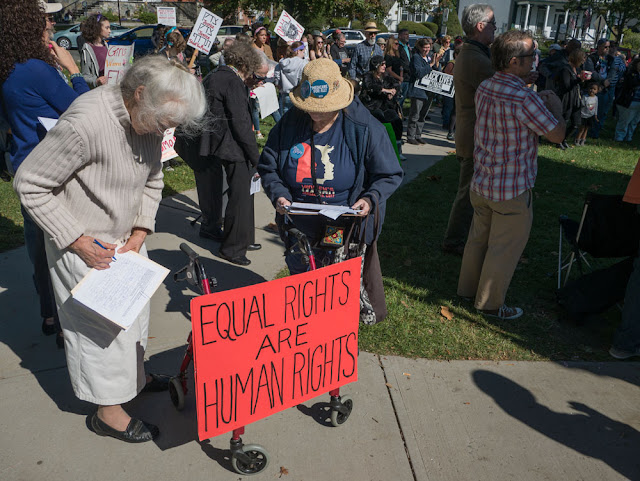 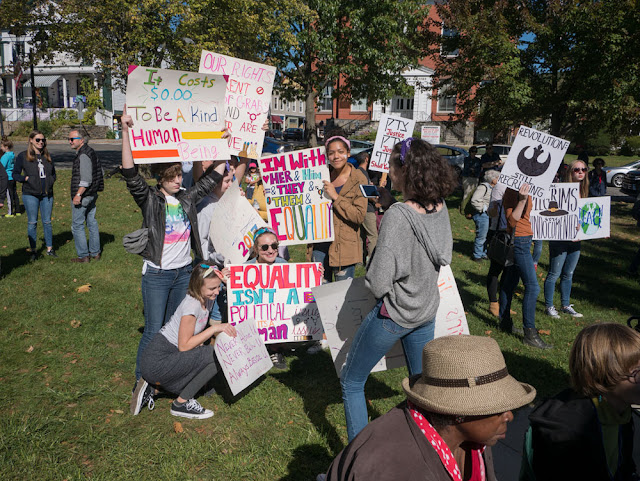 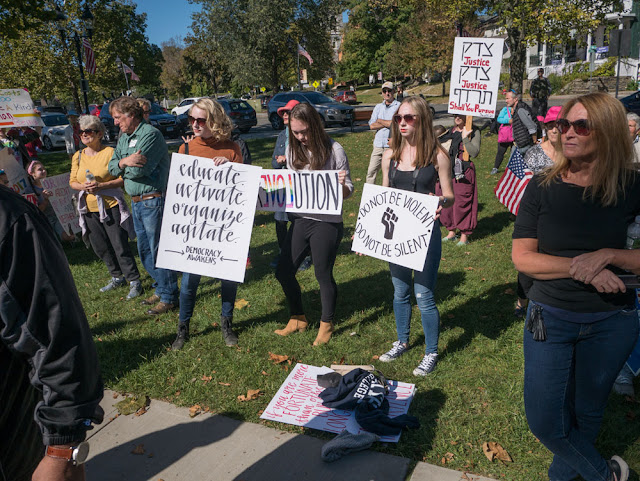 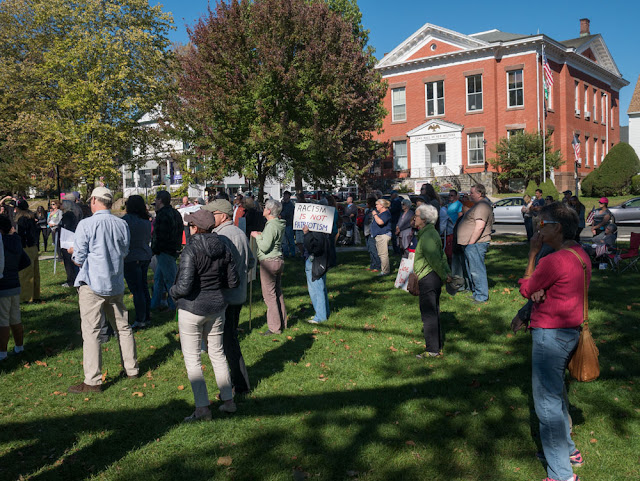 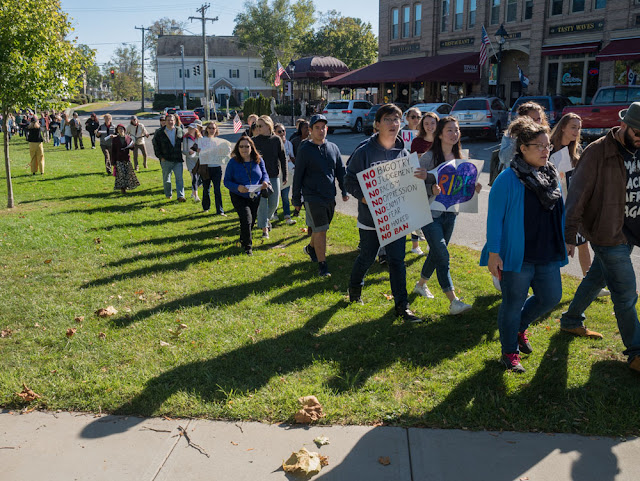