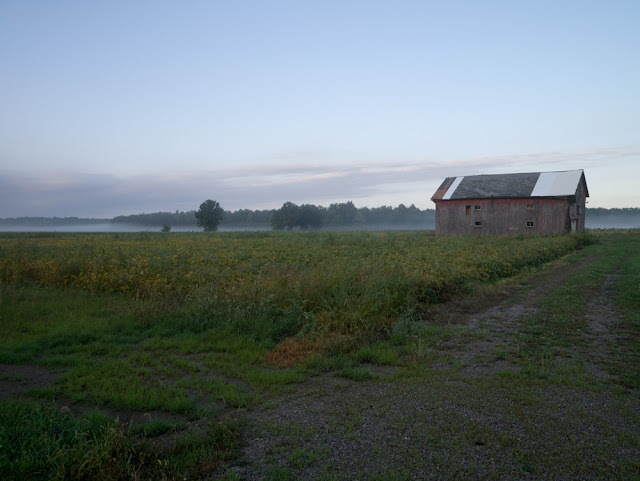 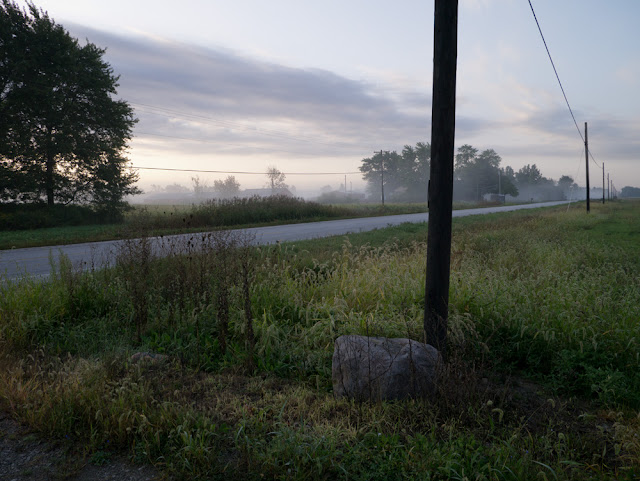 Eaton Estates, Ohio
Posted by Carl Weese at 6:47 AM

I love the way you incorporate elements into your images that I would (wrongly) try to exclude (like the telegraph poles (as we call them in the UK!). I must learn to work with what is before me, rather than trying to fight against them. Great blog, thanks.

"Look at what's really there" could almost be a mantra.

I agree in essence with what Neil mentioned, though it really depends on what you want in a finished photo. I would normally shoot with and without and later pick the more appealing image.
I think you got it right.
Like the blog!

Thanks for the comment, John. One thing going on here is that the camera position has moved only a few steps, and nearly 180 degrees in direction, between the two pictures. Something I've noticed is that quite frequently if there's one picture to be had at a particular time and place, there may be more than one to find.