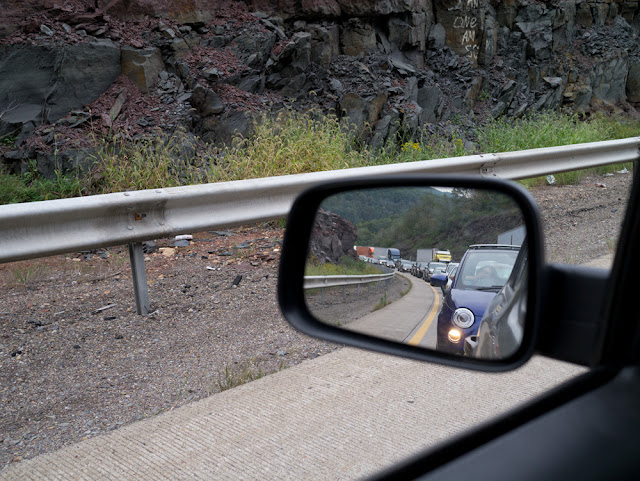 I-80, South of Necopeck, Pennsylvania
After photographing at the AUT-O-RAMA first thing Thursday morning, it should have been a relatively easy ride home. About 540 miles, predicted to need about 9 hours drive time. I planned to break up the trip by doing a bit of walkabout shooting in a couple of towns along the way. But then time after time driving east on I-80 through Pennsylvania, everything slowed to a snail's pace as traffic was squeezed to a single lane to pass construction zones. Every time, the GPS unit would move my ETA up anywhere from a quarter to half an hour later. Then, it all shut down completely. Ten miles short of the I-84 exchange, a complete standstill. 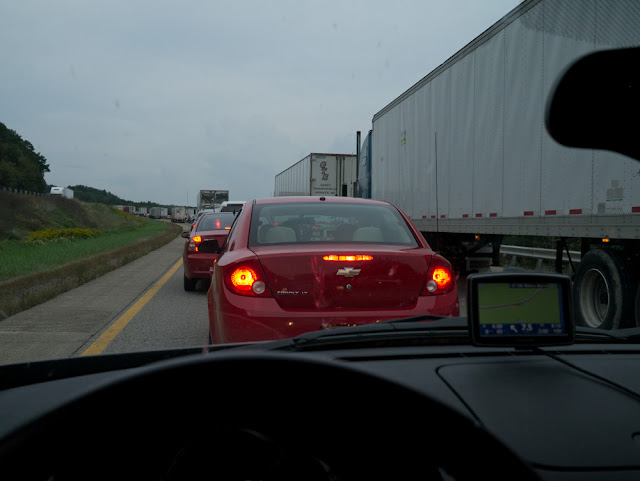 Afternoon turned to evening as we moved about half a mile in an hour. After two and a half hours, and a total of two and a half miles, things began to speed up, and the scene of a tractor-trailer fire came into view. The trailer was completely burned and crews with front-loaders were scraping the materials away from the travel lanes. 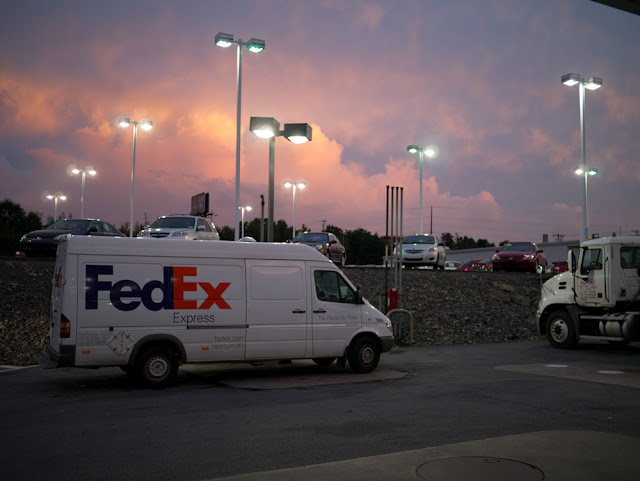 Pittston, Pennsylvania
Once the road opened up, and I made the crossover from I-80 to I-84, by the time I pulled in for gas a few miles north, there was just an afterglow of sunset light in the sky. The GPS, which had begun by predicting an ETA in Woodbury of 5:18 PM, was now predicting 9:45, which turned out to be accurate.
Posted by Carl Weese at 12:43 PM

Email ThisBlogThis!Share to TwitterShare to FacebookShare to Pinterest
Labels: behind the scenes, roads