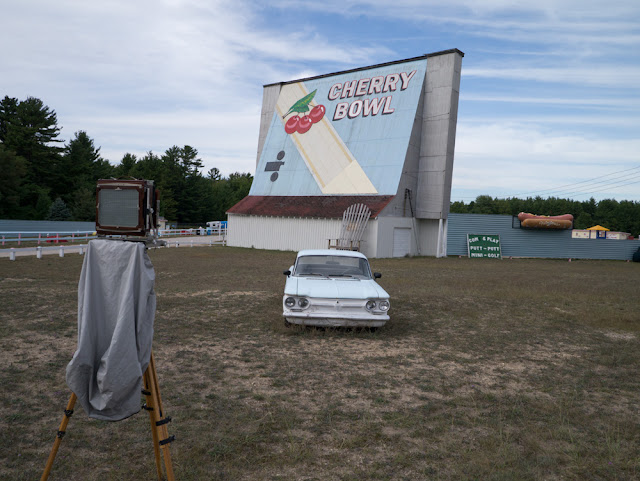 Honor, Michigan
The Cherry Bowl drive-in theater may have the most famous of all screen towers. I was there about six this evening, perfect timing to photograph it in late afternoon light of that special sort that happens when it's overcast but there's a clear "hot spot" where the sun is. 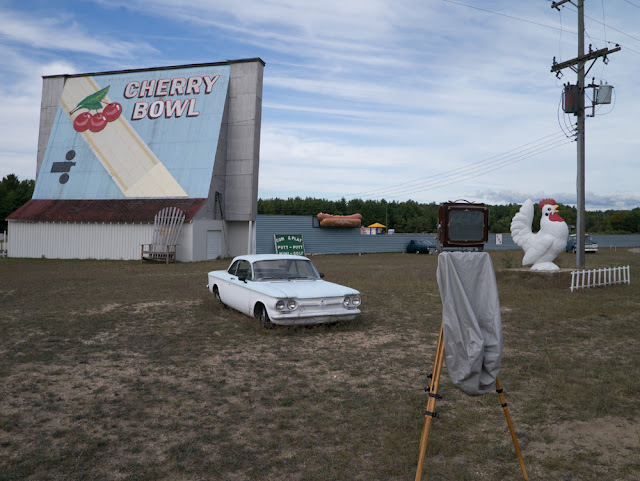 As I was packing up the Deardorff after making four different 8x10 views a group of women showed up in three cars. They bashfully asked if I would help them by taking their picture with their cameras in front of the drive-in. They announced that they were all sixty (they seemed taken aback  when I replied that I had them beat by two years) and had all graduated from high school together. So then there was this comic scene where I had three of their little digicams dangling from my wrists, hoping I'd be able to set the things off correctly, while we did a couple different poses. Of course I also shot them with the G3/14mm that was around my neck. 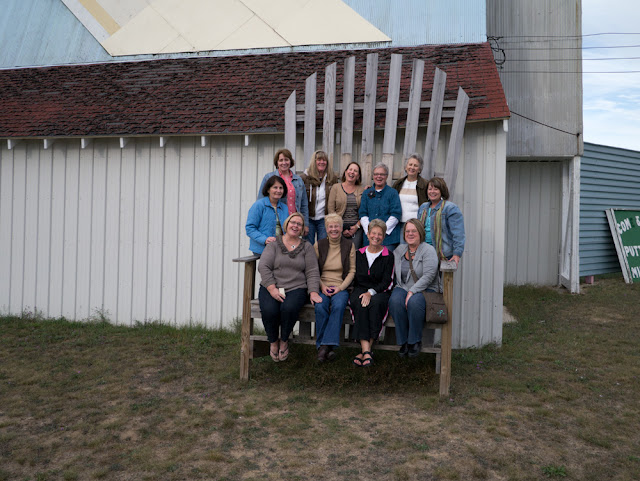 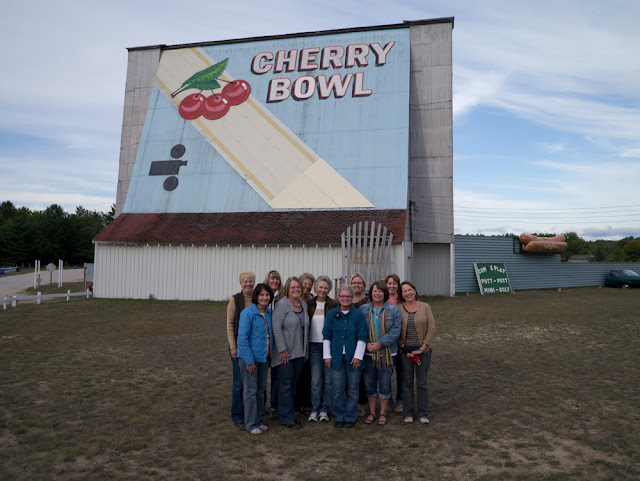 If you just go out into the world, you encounter strange and wonderful things.
Posted by Carl Weese at 9:18 PM

Email ThisBlogThis!Share to TwitterShare to FacebookShare to Pinterest
Labels: behind the scenes, drive-in theaters, people, signs

yea, the chicken, old car, the big chair, and the hot dog....the 'dorff fits right it!

The old car is a Chevrolet Corvair. A vintage ride to say the least.

Dennis, yes, "Unsafe at Any Speed," as Saint Ralph wrote so many years ago. There are other cars that don't show here, including a fifties-era VW beetle and some Detroit iron as well.