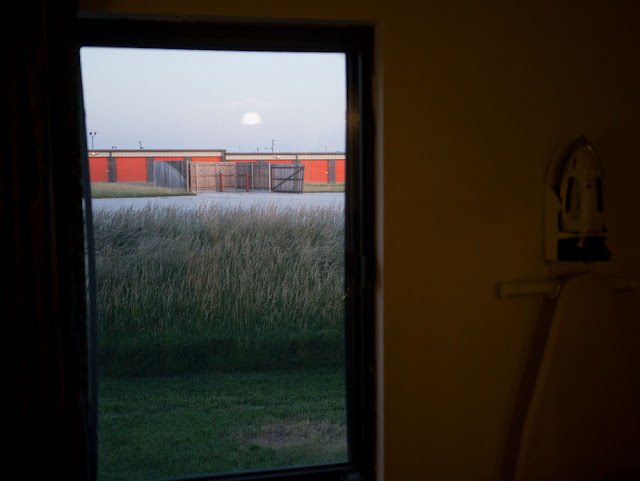 Sunrise from my room at the Super 8. I wanted to make photographs of the back of the screen tower from the entry at the nearby drive-in theater in early morning light, showing the tank farm that encircles nearly half the theater's parking field. This is an important subject because it's probably what allows the theater to survive. The tank farm crashes the property value, so it's possible to own the land for the purpose of running a drive-in theater. I saw this, and grabbed a snap, as I went in and out of the room, dragging the equipment back into the car. 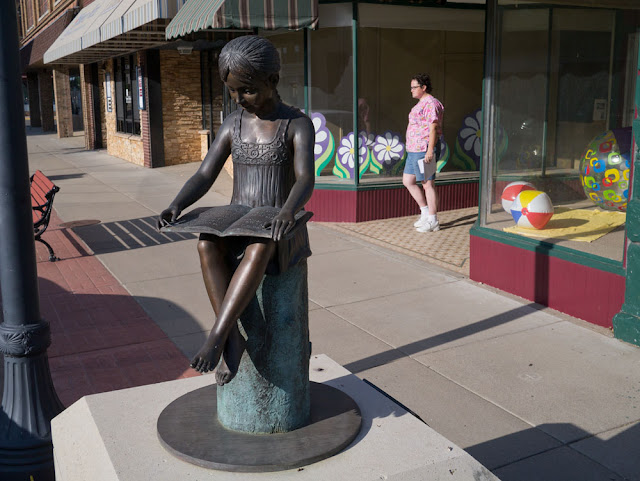 Reading a book on Main Street.

El Dorado is a small city, just 13,000 population—which wouldn't be enough to be called a "city" in more populous parts of the country. But there was public art on display, something I wouldn't expect to find in a Connecticut town of similar size. This was just one of several sculptures on Main Street. Now, the art in question seems both preachy and treacly, but I suppose they mean well. As I continued west I kept encountering more of this. The heavy-handed didactic message seen here got overwhelmed by a slide into the (false) historic record of the Old West, but the saccharin aesthetic remained remarkably consistent from city to city. More later. 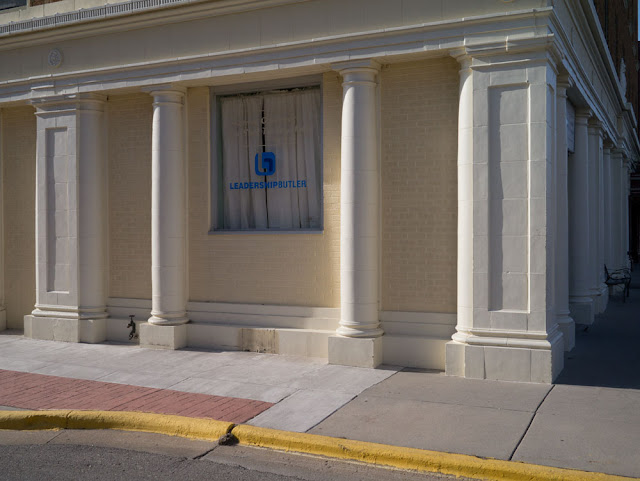 El Dorado is the county seat of Butler County, KS. So one might think that when the window decal arrives missing the space between...well you can see...they might try again and get it right. But no.
Posted by Carl Weese at 6:00 AM