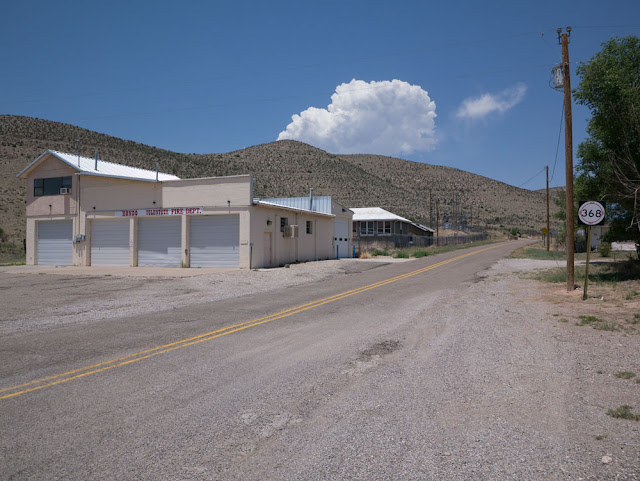 Hondo, New Mexico
Posted by Carl Weese at 7:38 AM

Everything in the past three shots looks so peaceful.

Well, it's pretty empty out there and I guess no people might make for a peaceful situation.

But if it is too empty, there would also be no DIs. Is there a "right" population density for this?

Did you visit the DI recently profiled in the NYTimes? They are digitalizing, and cited a cost in the $Ms.

If it's too empty, there wouldn't be DIs. What seems to be the right density?

Did you visit the DI recently profiled in the NY Times? They were doing well and converting to digital, citing a cost in the few millions of $.

Scott, much too empty for any DIs. I was moving between Carlsbad, NM, and Globe, AZ, with no theaters in between. There is one way up in Las Vegas, NM, but I couldn't work it into a reasonable itinerary.

I did shoot at the Mission Tiki on the trip. The DeAnza group has six theaters, with two to six screens each. Since each projector costs $75-95K, you get up into the millions pretty fast. Luckily, their theaters are busy enough and they have the resources to make the transition.