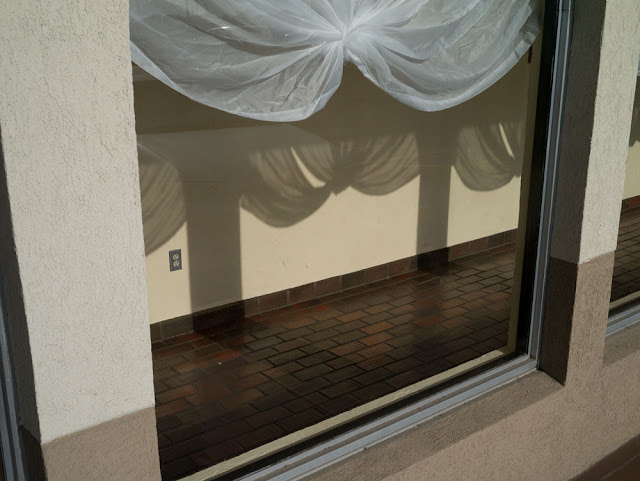 The Giant Road Trip was productive beyond expectations in its main goal. I got to, and photographed at, 90 different theaters. Almost all of them still operational, almost all in good lighting conditions. The punishing heat wave and drought had the upside of providing strong clear sunlight which works so well for the drive-in theater subject matter. All that production means that it's taking longer than anticipated to edit the enormous number of digital captures. That's partly because it's a game of Concentration—the edit of the take at one theater has to be seen in relation to all the others. It's a matter of finding the combination of theater structures and surroundings that most clearly define a specific geographical region. Not just which theaters, and which frames, from KS/OK/TX best exemplify The Plains, but how they do this in relation to the pictures that best exemplify the Pacific Northwest, etc. This week I also made good progress on the large format sheet film, but then ran into a new wave of heat and humidity. The problem is when the THI is soaring over 100, I can't reduce the heat and humidity in the lab space enough for film to dry in a reasonable amount of time without running the air conditioner (if it takes too long to dry there's a risk of problems with the staining action of the pyro development I use), but I can't hang giant sheets of film to dry with the AC blasting air—and maybe dust—around the room. Catch 22. 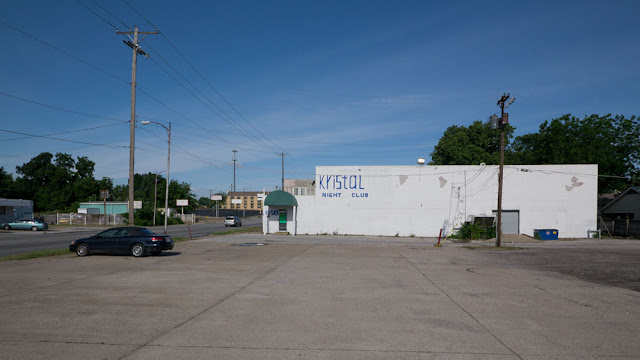 So to keep my eyes from crossing while spending hours editing the theater take, I've also been editing my "off-topic" shooting and posting some of it here. Both on the road and now during the edit, I think the off-topic work is vital to maintaining a fresh view of the main subject. I think the "distraction" of photographing other material is a positive thing. It may be a way to keep paying attention to both the forest and the trees. I wanted to make pictures in new, unfamiliar places in pretty much the same way I've been working close to home to make the pictures I've been posting on this blog over the past few years. Not unlike with the theaters, in these new places I wanted to see how the sort of things that catch my eye—an odd slant of light on a window, a weird building, home-grown signage—compare and contrast to similar things around southern New England and Upstate New York. So far, I'm finding the similarities and the differences both fascinating. 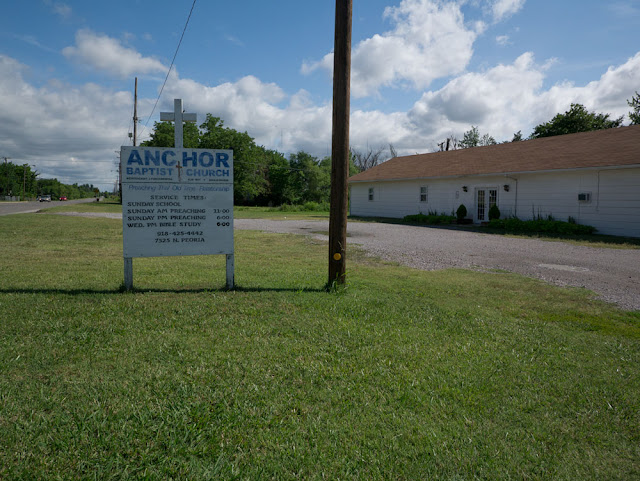 Email ThisBlogThis!Share to TwitterShare to FacebookShare to Pinterest
Labels: behind the scenes, on the road

I particularly like the first photograph from the Airport Best Western; especially the upper part with the wrinkles (of the drapes?) and their shadow on the wall behind.

On this idea of making pictures in familiar ways in new places: When I'm in a new place (particularly a new city) I sometimes wonder whether I ought to be trying something different, rather than shooting as I normally do. I have a default state for wondering around a new city; my state of photographic ease, if you like. But I worry that I'll end up just making the same pictures, wherever I am--the same pictures I would have made if I was at home.

As it happens, I invariably end up shooting as normal, because that's what comes naturally, and it's what I enjoy. So do I just produce the same old pictures, wherever I am? I'm not sure yet. Photography is still a relatively new thing for me, and I need more data, and distance, to work that out. But I hope not; and I kind of expect not, too.

Florian, I also like the optical illusion where some reflections from outside the window can "read" wrong and make the sheer mesh of the curtains look like shiny plastic instead.

James, you bring up interesting questions. To some extent, if someone has developed a degree of personal style in photography, then applying that style to new and unfamiliar subjects is probably the whole point of going somewhere new. OTOH, out in the huge spaces of the Great Plains and the far west, I did modify my approach to a certain extent. I found myself using lenses both shorter and longer than I usually do. Not a huge change, but while I generally use only normal and moderately wide lenses, I did more work than usual with short tele and extremely wide glass.